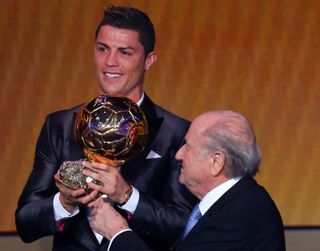 Ronaldo left Old Trafford to join Real in a then world-record move for a fee in the region of £80million in 2009 and has produced magnificent form, scoring 230 goals in 223 appearances since his switch to the Bernabeu.

United defender Ferdinand revealed last week how he pleaded with the 28-year-old to return to the Premier League club, and Ronaldo has now verified those claims.

"It was true that Rio spoke to me a lot," Ronaldo said.

"Rio is a great friend of mine, we played many years together at Manchester United and we were neighbours when I was there in Manchester.

"He's a fantastic guy and tried to change my mind. I did think about United. They are still in my heart. It's a club where I played for six years and I love that club. I have a lot of friends there and I wish them the best."

Ronaldo signed a new contract to keep him at Real until 2018 in September last year.