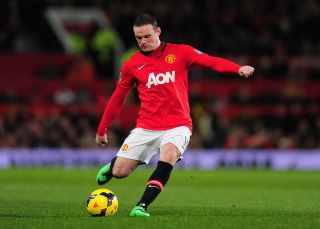 Rooney has been sidelined for United's last two games - an FA Cup defeat to Swansea and a League Cup semi-final first-leg loss to Sunderland - because of the problem and has not recovered in time to face the Welsh side.

Instead the England international is to undergo some hot-weather training with the team's fitness coach as he attempts to remedy the injury, but the 28-year-old could still miss the trip to Chelsea on January 19.

"He's away with his family and the coach. Hopefully we can get him fit to face Chelsea."

Rooney's strike partner Robin van Persie is also unavailable as he continues his recovery from a thigh problem.

"Robin's going to be a little while," Moyes added. "We'll do everything we can to get him back."

Despite United's injury troubles, Moyes remained coy on the prospect of adding players to his squad in the January transfer window.

"I've not said we won't be doing it," he explained. "But I've said since day one it's difficult."

Defending champions United sit seventh in the Premier League in Moyes' first season in charge - 11 points behind leaders Arsenal - but can move into the top six with a win over Michael Laudrup's men.