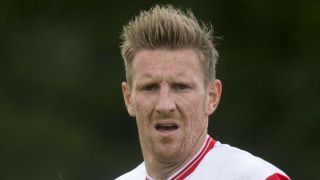 Kilmarnock failed to climb out of the bottom two in the Scottish Premiership as they were beaten 3-2 at Ross County in a thrilling encounter on Tuesday.

County dominated the early stages and were rewarded with the opener when Craig Curran capped a fine attacking move.

But Kilmarnock managed to turn the game on its head, with Tope Obadeyi restoring parity with his second goal in as many matches before the break.

Josh Magennis completed the turnaround with a sweeping finish just three minutes into the second period.

However, County recovered to wrestle back the advantage through two goals from Michael Gardyne.

First came a rifled effort just two minutes after Magennis had sent Kilmarnock in front, before another stunning strike found the back of the net four minutes short of the hour mark.

The result leaves Kilmarnock 11th in the top flight, while County strengthen their position in fifth.