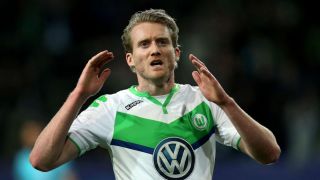 Mkhitaryan enjoyed an impressive 2015-16 campaign, but BVB opted to cash in on the attacking midfielder following his refusal to sign a contract renewal.

They subsequently turned to Schurrle to fill the void left by the Armenia international and Tuchel has little doubt the 25-year-old will become a key figure after joining from Wolfsburg.

"With Mkhitaryan's departure, we have lost a player who can play on the wings and there are not a whole lot of players like him. Schurrle is one of the them, though," Tuchel told Bild.

"Players like them do not have an ego, but still contribute a lot of goals.

"It's always easier when you are a defender playing behind one of them.

"That's why we so desperately needed Schurrle, because we lost Mkhitaryan playing like this."