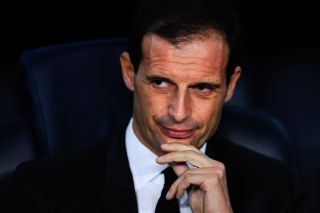 Massimiliano Allegri's men have underachieved this season and occupy the unfamiliar territory of the Italian top flight's bottom half after claiming just three wins from 13 matches.

A midweek UEFA Champions League triumph over Celtic did help to lift some of the gloom but Allegri's charges need things to improve on the domestic front.

Away days have proven problematic for Milan this term, with their defensive frailties regularly exposed in a run of six matches without a win on the road.

A clean sheet at Chievo in their last trip was a first away from San Siro for Milan this term, with Allegri's defence having leaked 13 goals in the previous five away fixtures.

And they meet a team who, despite occupying bottom spot, are in fine form at home.

Luigi De Canio's charges are unbeaten at the Stadio Angelo Massimino since the beginning of September, a run stretching over five games.

Perhaps more impressively, they have conceded just one goal in that run, which has helped them remain in touch with the sides above them.

Milan were rocked by injuries to Robinho (shoulder) and Ignazio Abate (ankle) at Celtic Park, with both set to miss out this time.

The absence of the Brazilian will come as a relief to the hosts, even if he has only managed two goals this season.

Despite their injury setbacks and poor league form, Milan do have history on their side in this fixture.

They did the double over Catania last season and have never lost to them in 14 previous league meetings.