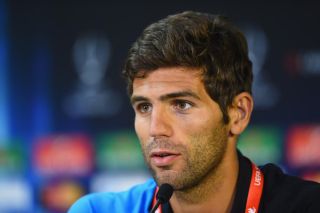 The Argentina international made his debut for the Spanish club in 2007 and went on to helped Sevilla to UEFA Europa League glory last season.

However, the 27-year-old looks set to be the latest to leave the Ramon Sanchez Pizjuan following the close-season exits of Ivan Rakitic and Alberto Moreno.

Tottenham are said to be keen on signing Fazio and Emery revealed he did not expect to have the centre-back available for their La Liga opener against Valencia on Saturday.

"[Fazio] belongs to our squad, but he has very little, or almost no, chance of being with us tomorrow," Emery said on Friday.

"We cannot deny the reality - his evolution has been such that he played the last game, the [UEFA] Super Cup, where he showed a very high level.

"And this last shop window has led to teams being interested.

"It is clear that we would all prefer him to stay but thinking about tomorrow's game, we will have to look for someone else.

"Players leaving at the last minute has been a constant at Sevilla. I only want to wish him the best."