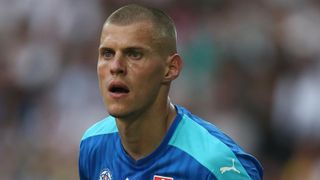 Martin Skrtel is set to complete his transfer from Liverpool to Fenerbahce on Wednesday, the defender confirmed upon arriving in Istanbul.

The 31-year-old has been heavily linked with a move to Fener since June, when club president Aziz Yildirim claimed a deal was nearing completion.

Skrtel, who represented Slovakia at Euro 2016, arrived in Istanbul on Tuesday and expects his transfer to be completed quickly.

"I already know about Fenerbahce as a team and a club. Also I spoke with [Slovakia team-mate] Miroslav Stoch and he told me beautiful things about the club and city.

"There were some offers from the other clubs but as I said before, the offer from Fenerbahce was very straight from the beginning.

"Fenerbahce is a massive club and for these reasons I accepted this offer. Tomorrow we'll complete the last step and I hope tomorrow I'll become a Fenerbahce player officially."