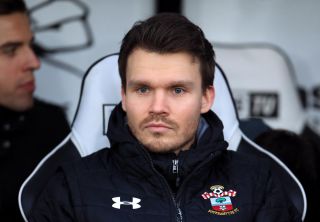 Southampton assistant manager Danny Rohl has left the club to take up a post at Bayern Munich, the clubs announced on Tuesday.

The 30-year-old, who also worked with Saints boss Ralph Hasenhuttl at RB Leipzig, will take up the role of analysis assistant coach under Niko Kovac at the Allianz Arena.

Southampton thanked Rohl for his work under Hasenhuttl as they confirmed his departure.

Their statement explained: “Southampton Football Club can today confirm that Danny Rohl has left his role as first team assistant manager and has returned to Germany to take up a role with a Bundesliga club ahead of the upcoming season.

“Everyone at Southampton thanks Danny for his work with the club and we wish him well for the future.”