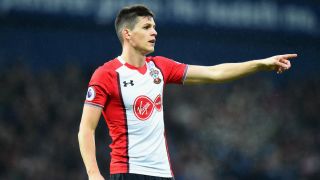 The 27-year-old joined Saints from Monaco in January for a fee reportedly in the region of £19million, but he failed to score in just seven Premier League appearances.

Carrillo has opted to move to Spain to reunite with former boss Mauricio Pellegrino, who took over at Leganes after being sacked by Southampton back in March.

"Southampton Football Club can confirm that Guido Carrillo has joined CD Leganes on a year-long loan," a club statement said.

"Everyone at the club would like to wish Guido good luck for the season ahead."