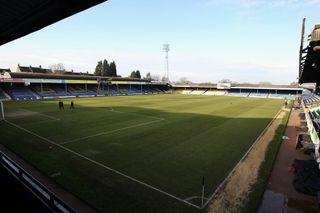 Southend have described the delay in paying players as a “blip” and reassured supporters that Saturday’s game with Tranmere will go ahead.

The struggling Sky Bet League One club confirmed in a statement that the salary issue had been resolved.

Southend, managed by former England defender Sol Campbell, are second from bottom of the division, 15 points from safety after winning only one of their 24 games this season.

“With a lot of rumours about a potential postponement of tomorrow’s game, Southend United Football Club can reassure supporters that the game is, and was always, going ahead,” read the club statement.

“We can confirm that all players have been paid following a delay in receipt of funds over the Christmas “shut down” until last Monday. This has been rectified and our focus is on adding players to the squad in the January transfer window.

“Following the end of this recent blip we’re back on track now and look forward to, again, witnessing the improving performances, starting tomorrow.”