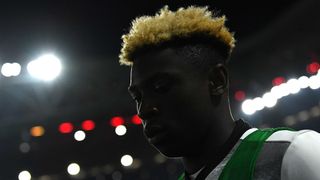 Moise Kean struck his first Juventus goal in the 94th minute of the club's win at Bologna on Saturday and became the first player born in the 21st century to net in any of the top five European leagues.

Champions Juve looked to be heading for a draw in their final match of the Serie A season, but Kean nodded beyond Angelo Da Costa deep into stoppage time to secure a 2-1 away success.

And as well as tallying his maiden goal for the Bianconeri, the 17-year-old made history as the first player born in the year 2000 to score in Serie A, LaLiga, Ligue 1, the Bundesliga or the Premier League.

Kean, who celebrated wildly with the Juve supporters after heading into the net, was making just his third league appearance.