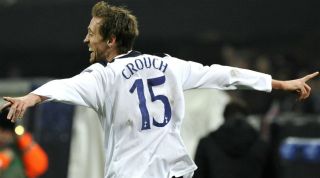 Son Heung-Min's fractured arm that he suffered in Tottenham's match against Aston Villa on the weekend is set to keep him out for an extended period of time.

Mourinho said in his press conference that he doesn't expect Son, who scored a dramatic winner in the 3-2 victory at Villa Park, to be back before the season's end.

The news will come as a huge blow to Spurs, who lost Harry Kane to a severe hamstring problem earlier in the season.

Mourinho was reported to be extremely frustrated that the club had failed to sign a replacement for Kane during the winter transfer window.

The Portuguese manager even blocked Tony Parrott's potential loan move to QPR because he felt that he may be short on numbers.

Although, in his presser, Mourinho claimed the 18-year-old Irishman "isn't ready" for first-team action.

Barcelona lost Luis Suarez and Ousmane Dembele to long-term injury this season and have been granted permission to sign an emergency striker.

The media asked Mourinho if he was looking into a similar emergency loophole to solve his own issue.

As per the Daily Mail, Mourinho replied by saying he's "not aware of the possibility" before calling out "Peter Crouch!".

Crouch played 73 games for Spurs, scoring 12 goals in the process - he was also capped by England 42 times.

The former player and now successful podcast host took to Twitter to announce that he's up for the challenge.

Quiz! Can you name the Premier League top scorers from every continent?