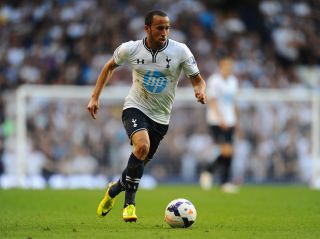 The 22-year-old has come to prominence with a series of fine displays for the White Hart Lane outfit this term, having shone on loan at QPR last season.

Townsend has made eight appearances for Andre-Villas Boas' side as he looks to nail down a regular first-team spot.

He spent the second half of last season on loan at Loftus Road, where he made 12 appearances and scored two goals but was unable to prevent the club from being relegated to the Championship.

His fine start to the new campaign led to him being called up to Roy Hodgson's England squad for the FIFA World Cup qualifying fixtures with Montenegro and Poland.

Townsend capped his international debut with a goal in the 4-1 drubbing of Montenegro, before putting in another assured display against Poland as England secured their place in Brazil as winners of Group H.

Tottenham sit sixth in the Premier League table with 13 points from seven games, and return to top-flight action when they travel to Aston Villa on Sunday.