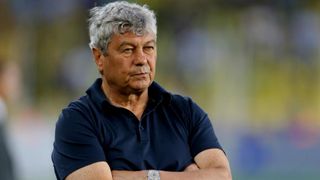 Shakhtar Donetsk and Fenerbahce are evenly poised heading into the return leg of their UEFA Champions League third qualifying round tie.

Mircea Lucescu's Shakhtar welcome Fenerbahce to L'viv Arena on Wednesday, having played out a goalless draw in Istanbul last week.

The fallout from Shakhtar's trip to the Turkish capital has centred around Fred.

It remains to be seen whether Fred will feature in the second leg, after Fenerbahce launched an official protest that is set to be decided on Monday, but Lucescu was tight-lipped on the situation as Shakhtar bid to reach the play-off rounds of the competition.

"Plus, of course, this is one of the aspects of preparation for the encounter with Fenerbahce, who will not play like Hoverla were playing today.

"It was the game between our offensive players and the team who defended in a very good and organised way, particularly in the first half."

Basel lead 3-1 over Lech Poznan as they prepare to resume hostilities on Wednesday.

Celtic's first-leg fixture ended 1-0 against Azerbaijani team Qarabag, who are back at home on the same day.

As for Ajax, they face Rapid Wien having spurned a two-goal lead in their 2-2 draw at 10-man Rapid Vienna.

Viktoria Plzen will be out to extend their winning streak in qualifying to 14 matches after edging Maccabi Tel-Aviv last time out.

The tie between Sparta Praha and CSKA Moscow is in the balance at 2-2, Club Brugge trail Panathinaikos 2-1, Salzburg travel to Malmo with a 2-1 advantage up their sleeve and Partizan are coming off a 1-1 draw at home Steaua Bucuresti.

KF Skenderbeu take a 2-0 lead over Milsami back to Albania, it is all to play for between Astana and HJK after their goalless stalemate, while the ties featuring BATE and Videoton and Molde and Dinamo Zagreb are all-square at 1-1.

APOEL carry a 2-1 lead into their second leg against Midtjylland.