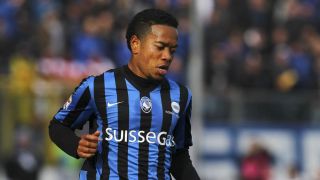 Serie A strugglers Verona have completed the signing of former Milan and Roma wing-back Urby Emanuelson.

The 29-year-old has been without a club since his contract at Atalanta expired in July.

Emanuelson will remain in Italy's top flight with a Verona side that have yet to win after 17 league matches, a run that has left them rooted to the bottom of the table.

Emanuelson, who won the Serie A title with Milan in the 2010-11 season, underwent a medical earlier this week and the club are to hold a news conference to unveil the signing on Monday.