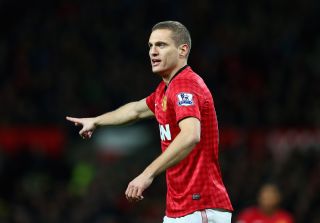 The Serbia international defender is in the final year of his current deal at Old Trafford, with discussions over an extension apparently yet to take place.

The 31-year-old has battled through injuries in recent years, with a knee problem limiting his impact during the last campaign.

However, he is confident that he can remain part of new boss David Moyes' plans.

"I'm not expecting anything. I'm just trying to perform as best I can and we'll see where I am and what the plans are," he told The Sun.

"I'm not worried. I never like to make promises about how many games I could play, but I feel good."

Despite his injury problems last season, Vidic still managed to make 23 appearances in all competitions for United.

He also played from start to finish at Wembley on Sunday as United won the Community Shield against Wigan to give Moyes his first trophy since taking over at Old Trafford.