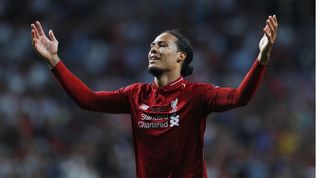 The Netherlands international joined the Anfield club from Southampton for £75 million in January 2018, and is now widely regarded as the best centre-back in the world.

Van Dijk was a standout performer as Jurgen Klopp’s side won the Champions League in 2018/19 and ran Manchester City close in the Premier League.

His form apparently sparked La Liga giants Barça – who were knocked out of Europe by the Reds – into action.

The Mirror reports that the Camp Nou outfit enquired about whether the 28-year-old would be interested in leaving Liverpool.

However, the Dutchman’s representatives knocked back the approach immediately and won’t take talks any further.

The former Celtic stopper will join his Liverpool team-mates for pre-season training on Saturday after being given extra time off following his UEFA Nations League exertions in June.