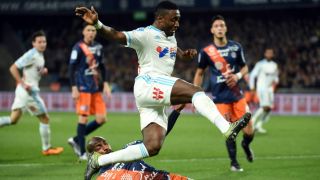 Watford have announced the signing of Brice Dja Djedje from Marseille for an undisclosed fee.

Djedje, who progressed through the Paris Saint-Germain youth system and has spent his career to date in Ligue 1, has agreed a four-year contract with the Premier League club.

"The Hornets are pleased to announce the permanent signing of Ivory Coast international Brice Dja Djedje," a Watford statement confirmed.

"The 25-year-old right wing-back has moved to Watford in a four-year deal from Marseille, where he featured 70 times during two and a half seasons at the Stade Velodrome.

"He becomes the Hornets' fifth signing ahead of the 2016-17 Premier League campaign, following the capture of Jerome Sinclair, Christian Kabasele, Isaac Success and Juan Camilo Zuniga, while Abdoulaye Doucoure has also joined up with the squad for the first time following his signing during the January transfer window."

Djedje is reported to have cost Walter Mazzarri's side close to £2million.

OFFICIAL: pleased to confirm the signing of Brice Dja Djédjé from : July 21, 2016