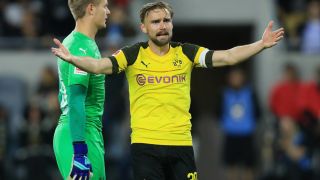 The Bundesliga giants came from behind to draw 1-1 with Los Angeles FC in a friendly at the Banc of California Stadium.

After two years as captain, Schmelzer will give up the armband for Dortmund ahead of next season.

Weidenfeller is retiring, the goalkeeper having begun his Dortmund career in 2002, although the 37-year-old has a testimonial match in September.

Dortmund finished fourth in the Bundesliga under Peter Bosz and Peter Stoger, with Lucien Favre taking over ahead of next season.