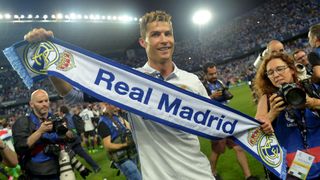 With both Real Madrid and Juventus wrapping up their domestic titles in recent weeks, it has only heightened the anticipation of the Champions League final on Saturday.

Throughout the thrilling knock-out stages of this season's competition, these two sides have proven themselves worthy of a title tilt in Cardiff, knocking out challengers Bayern Munich, Atletico Madrid, Barcelona and Monaco along the way.

Now, ahead of their meeting, we have analysed the line-ups of both Madrid and Juve, looking at their various strengths and weaknesses in an attempt to separate Europe's very best...

Since the departure of Iker Casillas, Navas has established himself as a regular, playing a key role in last season's European title. Rumours of a move for David de Gea persist, though.

The obvious weak link in this defence, Danilo has struggled at times for Madrid. An injury to Dani Carvajal gives him a chance in the final.

Madrid's leader and very much a man for the big occasion. A colourful character and a fine defender, Ramos has scored in his side's last two finals.

Varane will profit from Pepe's continued injury problems, but he is far from a back-up. Quick, strong and classy on the ball, the France international deserves his place.

As Madrid have reasserted their European dominance, Marcelo has established himself as one of the world's finest full-backs. He loves to get forward on the left.

His role is not the prettiest, but Casemiro is a vital cog as he runs the hard yards and gives the ball to his more creative team-mates.

The 27-year-old is a central figure for both club and country, with a medal haul almost as impressive as his passing range.

There are not many better midfielders than Modric on the planet right now. He can pass, dribble and shoot, conducting play behind Madrid's BBC front-line.

Once the world's most expensive player, Bale has endured a frustrating season since starring at Euro 2016. However, he retains the ability and the confidence to turn this final.

But for Lionel Messi, Ronaldo would have long been established as the world's best. Regardless, he will go down as one of the finest goalscorers in history.

25 - Cristiano Ronaldo has become the second player to score 25+ goals in eight La Liga seasons in a row, after Lionel Messi. Monster. May 21, 2017

Relatively unheralded next to his fellow forwards, Benzema continues to score goal after goal. Juve cannot afford to give him time and space within 20 yards of goal.

He may be 39 years old, but Buffon remains one of the very best goalkeepers around. His experience more than makes up for any lost agility, conceding just once in the knock-out rounds.

Like Buffon, 36-year-old Barzagli has a wealth of experience to rely on. Bale, Benzema and Cristiano will have a tough time up against Juve's own BBC back-line.

One of the best defenders in Europe and, unsurprisingly, linked with a number of European wannabes, Bonucci will marshal this compact rearguard.

Alongside Bonucci, Chiellini excelled against Barca in the quarter-finals. Having missed the 2015 final, he will be determined to make the difference this time out.

Changes further forward might have received more attention, but picking up Alves from Barca was one of the transfers of the season. He has been magnificent.

Another new recruit this term, Pjanic has settled swiftly into a winning team. His quality is crucial in creating chances for Juve's star forwards.

That Khedira is one of the lowest scorers serves only to show the quality on display in Cardiff. Against his former side, the Germany international will impose himself on the midfield.

Incredibly, Sandro has just six caps for Brazil. That is largely down to Marcelo's presence and he will look to show up his more experienced compatriot in this match.

While Dybala's goal tally has dipped this season, his performance levels have not. Two marvellous goals in the last eight did for Barca and international team-mate Messi.

The final piece of the Juve puzzle? Higuain made a mockery of his previously modest knock-out record with a brace at Monaco in the semi-finals.

Higuain's arrival has pushed Mandzukic out of the spotlight, but he has thrived all the same. While he might be less talented than his fellow forwards, he remains a threat.

Ronaldo, of course, is the star, while Juve arguably boast a better defence, but the two teams look very well matched ahead of the final. Extra-time and penalties are certainly not out of the question...