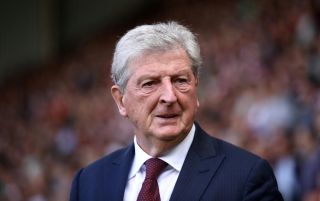 Sheffield United boss Chris Wilder has spoken of his respect for Roy Hodgson ahead of Blades’ Premier League game against Crystal Palace.

Hodgson began his managerial career in 1976 at Swedish club Halmstads BK and has taken charge of Inter Milan, Liverpool and England – to name but a few – during a career spanning six decades.

Now 72, the Palace boss still retains a hunger to succeed and Wilder revealed his admiration for the man he will oppose at Selhurst Park on Saturday.

“Roy is a manager I have an enormous – huge – amount of respect for, a guy who has been doing it for 40 years in the top divisions in the world. How he keeps going I do not know, but he’s a magnificent manager and a great guy,” said Wilder.

“To manage in different countries as he’s done – for some huge clubs – and the national teams he has managed, England among them of course, and to still be doing it and to have the drive and ambition and will to win is incredible.

“I’m not going to be disrespectful and name his age but I should imagine I’ll get away with saying he’s in the twilight of his career, I’ve got an enormous amount of respect for all that.

“The job is ultra difficult. I’ve been in it since my early-30s and I know how tough it is, so stick another 20 years on, and to keep going and to be successful speaks volume about him.

“He gets a tune out of all his players and that’s an exceptional quality to have.”

Asked if he thought he might still be managing into his seventies, Wilder, who is 52, said: “If I’m managing in the Premier League and doing the job Roy is doing then I’ll have been extremely lucky and dodged a few bullets and had to do a lot of things right.

“I think we’ve all got a huge love for the game and even though I might have a bit of a moan about it sometimes I love the job of managing this football club, especially in the Premier League.”

David McGoldrick (foot) will be assessed ahead of the trip to Palace after the striker suffered a setback in training this week.