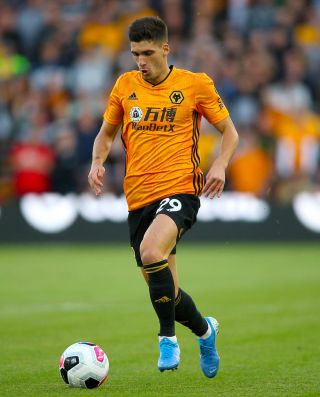 Wolves full-back Ruben Vinagre will miss the Premier League clash against leaders Liverpool due to a hamstring injury.

Willy Boly (fractured leg) is out while Diogo Jota may return after a serious dead leg.

Wolves completed the signing of striker Leonardo Campana on Wednesday but he is not available for the match as he is currently involved in Ecuador’s Olympic 2020 qualifying campaign.

Liverpool midfielder Fabinho came off the bench against Manchester United and could start for the first time since November after recovering from an ankle problem.

Dejan Lovren (hamstring) is back in training but remains a major doubt for Jurgen Klopp’s side, while midfielders James Milner (hamstring) and Naby Keita (groin) remain out.

Xherdan Shaqiri is also set to miss out with a calf injury but Joel Matip could again feature on  the bench after not playing since October due to a knee issue.