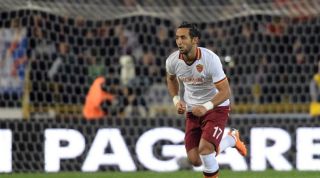 The Morocco centre-back has been linked with a number of top European clubs in recent weeks, including Manchester United, Chelsea and Bayern Munich.

Bayern's interest has reportedly stepped up after Javi Martinez suffered a torn anterior cruciate ligament in the DFL Supercup defeat to Borussia Dortmund on Wednesday.

But, despite the apparent clamour for Benatia's services, Zanzi insists Roma do not intend to sell the 27-year-old.

"Mehdi is our player. According to some media sources he had already been sold, but instead he is training with us in a very professional manner," Zanzi told Corriere dello Sport.

“"It's a shame about all these rumours. He is a great person and is behaving in the best possible way.

"The transfer market is dynamic, as until September 1 we will evaluate every opportunity and ensure we are ready."

Benatia joined Roma from Udinese in July 2013 and scored five goals in 37 appearances as Rudi Garcia's men finished second in Serie A.