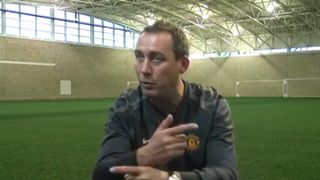 His kamikaze tackles often come under scrutiny, but with the ball at this feet Scholes is peerless - the Premier League's answer to Xavi.

Dubbed 'Sat Nav' for this precision passing by his team-mates, the veteran schemer is the blueprint for all young, aspiring footballers.

So, what are you waiting for? Get a notepad and pen and devour the inside track at Carrington....

Also see:
Learn a new skill
Man United's guide to preparing for a trial
Improve your technique with Manchester United
Play like Nani