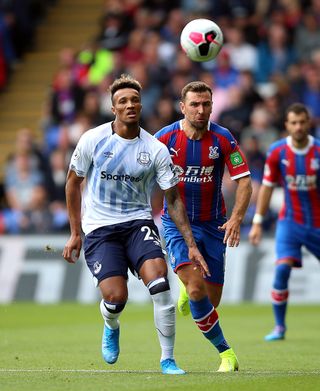 Jean-Philippe Gbamin’s Everton nightmare has continued after the midfielder suffered a serious Achilles injury in training.

Gbamin will undergo surgery next week and the club expects the Ivory Coast international to require an “extensive period of rehabilitation”.

A club statement added: “The injury, sustained in a non-contact situation at USM Finch Farm, is unrelated to the quadriceps problem Gbamin had been working his way back from since August last year.

“Everyone at the club is devastated for JP and we will ensure he gets all the support he needs throughout this challenging time.”

The 24-year-old only managed two matches for Everton following his £25million move from German side Mainz in August 2019 before being sidelined by the quad problem, which required surgery in February.

If the former Lens player has ruptured his Achilles tendon, he can expect to be out of action for a further six months.

Speaking on Tuesday, Gbamin told the Everton website: “I am training with a view to playing this season if the Premier League returns.

“I feel good, fully recovered and I am ready. We are taking it slowly because it was a big injury. It was not easy but I think if the games start to be played in the Premier League then I think I can play.”