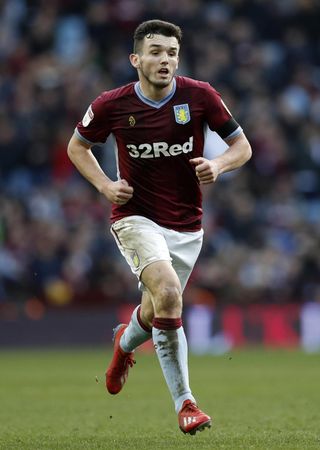 Aston Villa put on a late show to take all three points with a 3-1 victory at Sheffield Wednesday.

Gary Hooper gave the home side the lead in the first half before John McGinn equalised with a smart finish.

Wednesday’s Steven Fletcher missed a penalty in the second half and Villa left it late with two goals in stoppage time from substitute Albert Adomah and Tammy Abraham.

Steve Bruce made one change to his Wednesday team from last week’s stalemate against Stoke as Fletcher returned from injury and went straight back into the starting line-up, replacing Fernando Forestieri.

There were no changes for Dean Smith’s Villa, who began the day in the play-off places, four points ahead of fellow in-form side Wednesday.

Villa were the team on the front foot early on, but it was the Owls who took the lead. Michael Hector clipped a wonderful ball behind the Villa defence to George Boyd who brought the ball down well and squared to Hooper who calmly slotted home from close range in the seventh minute.

Villa found the equaliser in the 22nd minute. Tyrone Mings matched Hector’s earlier through ball with a stunning cross-field pass to Andre Green who did well to keep the ball in play and a find a cross to McGinn whose side-footed shot curled away from Keiren Westwood and into the net.

Wednesday’s Barry Bannan was pulling the strings in the first half against his old club. The Scotsman’s intricate play with Hooper on the edge allowed Bannan to curl a left-footed shot which brushed just wide.

Bannan was back to it in the second half and his clever back-heel flick on the edge of the area found Adam Reach who struck a brilliant effort to the far-post which was narrowly wide of the target.

Villa rewarded the Owls’ bright start to the second half with a penalty when Mings brought down Fletcher in the box. Fletcher stepped up and fired his left-footed penalty hard and low, but Jed Steer got down well to save to his left.

The Bannan show came to an end in the 72nd minute when a hamstring injury forced Wednesday’s star man off and Marco Matias replaced him.

Against the run of play, Villa took the lead. Jack Grealish carried the ball into the penalty box and laid it back to substitute Jonathan Kodjia whose initial shot was saved by Westwood but straight into the path of Adomah and the substitute fired back across goal and into the back of the net.

Villa then extended their lead with a blistering counter-attacking goal. Abraham found himself in front of goal and shrugged off Wednesday defenders to fire his shot past Westwood to make it 3-1 in the fourth minute of added time.