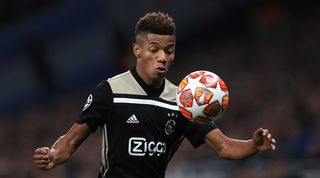 The Premier League side have offered £46m for the Brazil international, who helped Ajax win the Eredivisie title and reach the Champions League semi-finals last season.

Ole Gunnar Solskjaer is keen to add to his attacking options ahead of the 2019/20 campaign, which United begin with a game against Chelsea next weekend.

Ajax have offered Neres a new contract on improved terms in an attempt to keep him at the club for another season.

The Dutch giants were growing increasingly confident of retaining a player who scored 12 goals in all competitions last term.

However, United's bid may see Neres push for a move away in the coming days, although Ajax have already warned that they want £64m in exchange for the wide man.