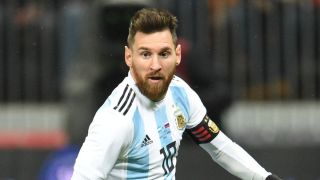 Lionel Messi has linked up with Argentina at a pre-World Cup training camp in Buenos Aires.

Messi fired Barcelona to a domestic double in the 2017-18 season, his 34 LaLiga goals earning him a record fifth European Golden Shoe.

The Argentina captain has now joined his international team-mates as Jorge Sampaoli's men build towards the World Cup in Russia.

Messi's side face Iceland, Croatia and Nigeria in Group D, hoping to go one step further than their loss to Germany in the 2014 final.