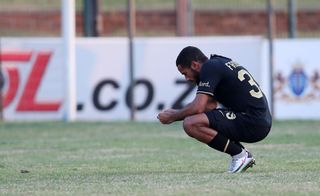 The Court of Arbitration for Sport (CAS) has revealed that while they are busy deliberating Kaizer Chiefs’ appeal on their transfer ban, they can not predict how long the process will take with time running out for Chiefs ahead of the 30 November transfer deadline.

Chiefs were slapped with a two-window ban by the Fifa for the supposed illegal transfer of their former player – Andriamirado ‘Dax’ Andrianarimanana – from Fosa in Madagascar. Chiefs thought they were signing the midfielder on a free but Fosa insisted they had a biding contract and deserved compensation from the Soweto giants which resulted in the ban from Fifa.

The sanction was handed out in February 2020 and banned Chiefs from registering new players over the next two transfer windows and ordering them to pay Fosa nearly R700 000 in compensation.

Chiefs have since taken the case to CAS in an attempt to get it overturned but due to a backlog in cases caused by the coronavirus they are still awaiting an outcome.

This week in and email exchange with SoccerLaduma, a spokesperson of the international body confirmed that the panel of arbitrators were locked in discussions over the heads of arguments presented by Amakhosi, FIFA and Fosa Juniors FC earlier this month.

“Thank you for your message and for your interest in the activities of the Court of Arbitration for Sport (CAS). Please be advised that a hearing was held in the matter CAS 2020/A/6796 Andriamirado Aro Hasina Andrianarimanana & Kaizer Chiefs FC v. Fosa Juniors FC & FIFA on 9 September 2020,” the international body confirmed.

“The Panel of arbitrators in charge of the matter is now deliberating and preparing the Arbitral Award containing its decision. It is very difficult to predict exactly how long this process will take.”

With the transfer window slamming shut on 30 November Chiefs will be hoping to have the matter sorted quickly as they rivals are all strengthening while they await an outcome.