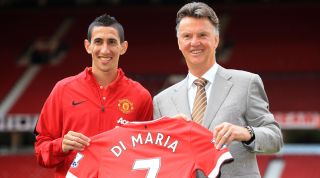 The Dutch playmaker arrived as part of a summer 2017 transfer splurge that left Everton massively overstocked in some areas, and very light in others. Klaassen was one of several men who could play in attacking midfield, but was barely trusted to show what he could do because of competition for places and the sacking of Ronald Koeman.

He featured just three times under Sam Allardyce, completing his transformation from captain of the Ajax team that had reached the Europa League final to an expensive misfit on Merseyside in the space of a few months. Everton were only able to recoup around half of the £24m they paid for Klaassen when selling him to Werder Bremen in July 2018.

Even after so many of Blackburn’s big hitters left as they slid back down the table following their 1995 Premier League title win, Sutton stayed put. But his fifth season at Ewood Park ended in relegation and an offer to join Chelsea for £10m in 1999, making him the club’s record signing. Unfortunately, another difficult year followed for the targetman.

Sutton struggled with the burden of being Chelsea’s main man and scored just a single goal in 28 league games. The more manager Gianluca Vialli persisted with him, the more visibly he wilted under the pressure. By the end of the season, Sutton was left out of the squad altogether for the FA Cup final and ended up being sold to Celtic for £6m. Jimmy Floyd Hasselbaink replaced him to great effect.

BIG INTERVIEW Chris Sutton - "I had to hide in a toilet against Arsenal once – it was the safest place for me!"

With a few notable exceptions – Gianfranco Zola and Paolo Di Canio chief among them – Italian players haven’t fared too well in the Premier League. Several arrived for big fees and proved to be major disappointments, with Rolando Bianchi on a list that also includes Alberto Aquilani, Emanuele Giaccherini, Corrado Grabbi and Dani Osvaldo.

The striker was gone after a single season at Manchester City. Signed from Torino for £8.8m in July 2007, he played consistently at first under Sven-Goran Eriksson but had only scored four goals in 19 games by January. After criticising the English diet, drinking culture and referees he was granted a move back to Italy, first on loan to Lazio and then permanently to Torino for around £4m.

After guiding Cardiff to the Premier League in 2012/13, Malky Mackay was given substantial funds to overhaul his squad. The club’s transfer record was broken several times, and Cornelius was one of the players responsible. The tall and powerful targetman had scored at an impressive rate in his native Denmark and was prised away from Copenhagen for £8m.

Cornelius suffered an ankle injury which put him out of action for three months, but Cardiff owner Vincent Tan was far from impressed when he did play. The then-20-year-old striker looked overawed by the challenge and unable to impose himself on games, failing to score in 11 appearances for the Bluebirds. On the final day of the January transfer window, a matter of months after joining, he was sold back to his former club for £3m.

There was no doubting Di Maria’s quality, but beyond a promising first few appearances for Manchester United, he was unable to impress and struggled with the Premier League. Despite joining from Real Madrid on the back of winning the Champions League and reaching the 2014 World Cup Final with Argentina, he fell well short of the high standards he’d set the previous season.

Signed for £59.7m, the highest fee ever paid by a British club at the time, Di Maria was moved on to PSG after 32 games and just four goals under Louis van Gaal. Manchester United were even prepared to take a £15m hit to make the deal happen. The winger has made a much better impression in France as PSG continue to dominate domestic competitions.

Rafael Benitez was keen to pair Keane with Fernando Torres in 2008, hoping that their clever movement and sharp finishing could help fire Liverpool to the title. A decent idea in theory, but one that failed to work in practice. The two strikers often got in each other’s way and Keane only found the net five times in 19 Premier League games for his new club.

When it became clear that Keane and Torres weren’t combining, Benitez looked to cut his losses. Tottenham were happy not only to have Keane back but for considerably less than the fee they’d recently received for him. Reluctantly sold for £19.3 million, he was gratefully bought back for £12m, plus potential add-ons, in January 2009.

In 2016, the Spanish winger rejected the chance to return to Barcelona in favour of reuniting with Pep Guardiola, the manager who’d given him his La Liga debut. A £13.8m fee was agreed after a productive spell with Celta Vigo, and Nolito signed a four-year contract shortly after playing and scoring at Euro 2016.

He started the season in favour, scoring a brace against Stoke in his second Premier League game, but soon drifted down the pecking order as Guardiola experimented with different systems. Nolito made his final start for the club in February 2017 and returned to Spain with Sevilla for £7.9m, criticising his former manager and the English weather as he went. "My daughter’s face has changed colour, it looks like she’s been living in a cave," he huffed.

The signing of Savio is one of the most curious in Premier League history. The Uganda-born Germany youth international joined from Brescia (where he’d played just 22 games and scored three goals) for £9m in January 2009 on the recommendation of technical director Gianluca Nani, who had already worked with him in Italy.

Savio did little to justify the fee in his 10 games for the Hammers, registering no goals and one assist, before moving to Fiorentina for a reported £3m. Manuel da Costa joined on a free in the opposite direction.

The story only got stranger from there. Savio embarked on six different loan spells during the next three years, and left Fiorentina having failed to make a single first-team appearance.

Meanwhile, vice-chairman Karren Brady announced that West Ham were investigating the strange nature of the transfer, although the findings were never made public. Savio was most recently playing in Bulgaria after short and unsuccessful stints with various clubs, some of which were ended when he went missing.

It might not be a huge fee in the context of a Premier League increasingly awash with money, but spending £4.5m on a goalkeeper represented a sizeable investment in 1999. Peter Schmeichel had just left Manchester United after winning the Treble, and Taibi was intended to challenge Mark Bosnich and Raymond van der Gouw for the No.1 spot.

The Italian played four times in England, including a 5-0 loss to Chelsea, but is remembered for one thing above all else. Coming up against Southampton at Old Trafford, he faced a tame shot from Matt Le Tissier that looked easy to collect, yet somehow it squirmed between his legs and trickled over the line to let the Saints equalise. Loaned out to Reggina midway through the season, Taibi was sold to the club on a cut-price deal soon after.

The 11 most memorable transfer swaps... and which club got the better deal

Exotic and relatively unknown signings tend to excite supporters more than players they already know about. There’s a sense of glamour and endless possibility that can’t be matched by someone signing from a fellow English club.

So it was with Luciano Figueroa, a promising 22-year-old striker who signed for Birmingham from Rosario Central for £2.5 million ahead of City’s second Premier League season in 2003.

Already on the cusp of the Argentina squad, and with an impressive strike rate back home, there was a palpable sense of anticipation surrounding his arrival. It proved misplaced. Manager Steve Bruce attempted to ease Figueroa in through the reserves but he failed to adapt, making just two first-team appearances before being released in December 2003 so he could join Mexican side Cruz Azul on a free transfer. Not ideal.

REMEMBERED The imperfect hat-trick: Martin Palermo’s three missed penalties – and so much more – 20 years on