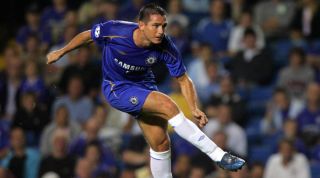 Unlike some of their rivals, Chelsea have not been big on bringing back a favourite in the stands to guide them to glory.

But if Frank Lampard's tenure goes well, perhaps the west Londoners will look to recreate the magic with other former playing greats. If they do, this list is the place to start.

These are the players who’ve turned out the most for Chelsea over the last 27 seasons.

Not many are still at the club, but the majority are at least fairly modern. Roman Abramovich’s purchase of the club in 2003 meant signing players they actually wanted to keep, whereas the first decade was a tad more mixed in terms of quality.

Now, 10 minutes are on the clock to try to name all of these Chelsea Premier League centurions. Let us know your score @FourFourTwo – we’ll retweet the best, if you don’t give answers away. Challenge some friends too, why don't you?

QUIZCan you name the 50 youngest ever Premier League managers?