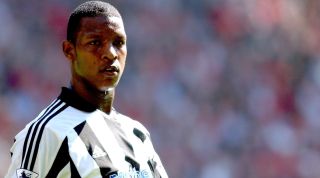 Manchester United and Atletico Madrid have paid huge transfer fees for Aaron Wan-Bissaka and Joao Felix respectively this summer, despite both youngsters having only enjoyed one year at the top level.

Time will tell whether they’re worth the gamble, but all involved will be hoping they don’t turn out like these one-season wonders who flopped after big money switches...

Adam helped fire Blackpool to a surprise promotion from the Championship in 2009/10, scoring 20 goals in all competitions – including against Cardiff City in the play-off final.

Yet it was the following season – the Seasiders’ first and only to date in the Premier League – where the creative midfielder really earned plaudits. Adam netted 12 times in the top flight, but couldn’t save Ian Holloway's gung-ho marauders from relegation.

Luckily for the Scot, Liverpool had seen enough and signed him for a fee rising to £8m. Adam lasted 12 months at Anfield – this was the ill-fated Kenny Dalglish era where little went right, remember – and joined Stoke City the following summer. Now aged 33, he is currently without a club and on trial at Blackburn.

A name to make Middlesbrough fans wince. Boro clearly believed Alves would be a success in England when they paid a club record £12.5m for the striker in January 2008. In their defence, the Brazilian had just scored 48 goals in 50 games during 18 months at Heerenveen (in the last 15 years, only Luis Suarez has managed more than his 34 in a single Eredivisie campaign).

At first, things looked up as Alves netted six times in his first 11 games after arriving at the Riverside.

Unfortunately for Boro, Alves seemed to forget where the goal was thereafter. The forward scored just four more times in the league, then left for Qatar in summer 2009 and retiring in 2015 after two years without a club.

It may be hard to believe now, but Bramble was hot property at the end of the 2001/02 campaign. The defender had just helped newly promoted Ipswich Town to a surprising fifth-place finish, and Newcastle happily coughed up £6m for his services.

What followed was a series of gaffes and blunders that have made Bramble a YouTube star. In 2012, the centre-back – stil playing at Stowmarket Town as of last season, aged 37 – was voted into the Chronicle’s worst ever Newcastle XI.

In the summer of 2008, late bloomer Guiza was in the form of his life. The striker finished as La Liga’s top scorer after netting 27 times for Real Mallorca, earning him a place in Spain’s squad for Euro 2008 (one to remember for your next FFTquiz). He even scored twice as La Roja won the tournament.

Arsenal and Barcelona showed interest but were put off by Mallorca’s £13.7m asking price. Fenerbahce weren't, and stumped up the cash.

That was when things started to spiral for the Spaniard, who later played in Malaysia and Paraguay and is now in Segunda B with Atletico Sanluqueno. He told Marca earlier this year that he has “no regrets”. That’s the spirit.

Jeffers, sadly for him, will forever be considered one of the biggest flops in Premier League history. It could have been so different, after he'd made his Everton debut at just 16 and was thought of in much the same regard as Wayne Rooney would be a few years later.

The 2000/01 season proved to be his breakthrough, when he formed a fine partnership with Kevin Campbell. Arsenal liked what they saw and snapped the forward up for £8m.

It should have been the start of things to come. Instead, it was the beginning of the end. Hampered by injuries, Jeffers mainly watched from the bench, although did receive his one and only England cap (and goal!) in 2003

But the downward slide had already started. He finished his career at League Two Accrington Stanley in 2013, via stints in Australia and Malta.

Moreno was a key figure in the giant-killing Alaves side that made it all the way to the UEFA Cup final in 2001. They eventually lost 5-4 to Liverpool, but the Spanish attacker scored twice against the Reds and 28 times across all competitions that campaign. It led to Moreno’s big break and a move to Milan.

Favouring the relaxed lifestyle, he struggled to adapt to the rigours of Serie A and left just a year later. Moreno never found that scoring touch again at the top level, and was later deemed surplus to requirements at Bolton Wanderers. They didn't all work out for Big Sam.

It’s easy to forget now when looking at their star-studded squad, but Manchester City made some bizarre signings upon first becoming super-rich in 2007.

All parties seemed to regret Benjani's arrival before it had even happened. The Zimbabwe international had just scored 12 league goals in 23 games for Portsmouth, but said he was “shocked” by the transfer and didn’t want to leave the south coast. After falling asleep and missing two flights to Manchester, he also arrived after the deadline.

City wanted to back out, citing a knee injury, but four days later the Premier League confirmed they had received the necessary paperwork and the deal was completed.

Benjani lasted two years at the Etihad Stadium, before bouncing around other English clubs and retiring in South Africa in 2014.

Milan were at it again in 2011, this time signing Nocerino from Palmero to fill the void created by Andrea Pirlo’s departure to Juventus. Initially it seemed like a great deal too, as Nocerino had entered the final year of his contract and was snapped up for just half a million euros - despite scoring 10 league goals and being named in the Serie A team of the year.

But maintaining that standard was tough, especially as the midfielder had netted just six times in his previous 138 league games, took the No.22 shirt previously worn by Kaka and said he had “a better view of the game” than Gennaro Gattuso.

Nocerino never made it at San Siro, later joining West Ham and Orlando City. Now, aged 34, he is a free agent (where he presumably has a great view of any game he wants).

Rothen was among the starts of a Monaco team that made it all the way to the Champions League final in 2004. Ludovic Giuly went to Barcelona and enjoyed great success, while Rothen joined Paris Saint-Germain.

PSG weren’t the mega-rich club they are now back then, although the capital club had secured second place in Ligue 1 in 2003/04.

During Rothen’s five years in the French capital, however, the highest they finished was sixth – and at times they even flirted with relegation. The winger was later considered a flop on loan at Rangers as his career petered out.

Yakin was the star of the Basel team that reached the second group stage of the Champions League (remember that?) in 2002/03, finishing above Liverpool. They only narrowly missed out on qualification for the knockout stages behind Juventus on goal difference.

Yakin was highly regarded, and landed a big move with a four-year deal at PSG – before the French side cancelled his contract within a month, claiming they'd been misled over the attacker’s injury problems. He later joined Stuttgart, but failed to make an impact and was loaned to Galatasaray, where it was a similar story.

Yakin returned home to Switzerland in 2005, never to scale such heights again.

The Greatest Goal I Ever Saw… Darren Ambrose vs Manchester United, 2011