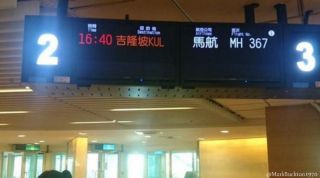 Mark Buckton has travelled from Taipei to England, via Kuala Lumpur, ahead of the pre-season friendly between the two non-league sides on Saturday.

And despite the fact that he is going to be in the UK for two weeks on holiday, Buckton says he has structured the whole trip around the match – unbeknown to his spouse.

"My wife didn't know but I planned the schedule around the whole game," he told the BBC.

"It's my first visit in nine years and I'm going to show my wife England and north Wales, but essential to the trip was that game."

In light of his extraordinary level of commitment, Buckton is also set to be the match sponsor. Full marks for commitment.