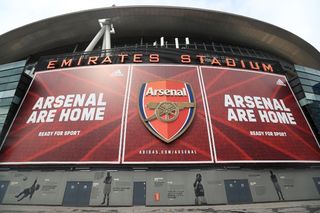 Club morale is really, really important. It’s something which generally exist independently of form and which actually enjoys a closer relationship with trajectory. It doesn’t matter so much how a team is playing, as much as it does how it makes its supporters feel.

Which is why what’s happening at Arsenal is so regrettable. Less than a week after winning the FA Cup with that memorable fightback against Chelsea, and teasing a new, exciting era under Mikel Arteta, the club announced a wave of redundancies, with 55 members of staff expected to lose their job over the course of the next month.

🔴 ‘Remember who you are!’ – Ian Wright hits out at Arsenal’s redundancy decision➡️ https://t.co/3RhEmLPMje #AFC pic.twitter.com/Yund4ORcPoAugust 6, 2020

It has created a duelling perception of Arsenal. On the one hand, they are in the embryonic stages of an intriguing new epoch, full of ideas and differences. On the other, they are also more the same than ever before, with their unfeeling corporatism more pronounced than at any other point during Stan Kroenke’s ownership.

The procedure in this situation is well-established and has repeated many times over the past few months. When a cost-cutting measure is announced and the public ask why it is only ever the lowest-paid employees who are placed under-threat, there is always a nasal-toned rationale ready to explain to them why, actually, they just don’t understand.

It’s one of the most irritating trends in the modern game. Not least because it’s so awesomely patronising. Yes, football has suffered as a result of the pandemic and – yes – it will likely feel those effects for many months yet. At the same time, however, the sport enjoys many significant advantages which aren’t available to real-world industry and, as the news of a vast contract offer to free-agent Willian shows, tends in times like this to change its priorities rather than its actually behaviour.

When it wants to do something, football can always find the money.

The great error in Arsenal’s statement, though, is the presumption it makes about what supporters care about. Or how easily they can distract them. It very deliberately categorises the redundancies as a means necessary to enable recruitment. Because recruitment means transfers. And transfers promise material footballing achievement. And that’s the only currency the modern fan is supposed to value.

It’s football’s equivalent of that cartoon trope, in which a pack of dogs can always just be thrown a link of sausages if they need distracting.

That assumption is a gross mistake. There is a type of person for whom the transfer market is more titillating than the sport itself. That’s true and it would be disingenuous to pretend otherwise. However, for a quieter majority, the moral definition of their football club will always matter more. As a result, the misdirection of a potential signing is of very little consequence – certainly less so than the realisation that gratuitous footballing ambition is being emphasised above the livelihood of people on extremely affordable wages.

The problem is as it appears below, as described by the excellent Andrew Mangan on Arseblog:

"I know it’s back of a match-book stuff, but if the average salary of those 55 people was £50,000 per year, the saving to KSE over the year is £2.75m. We want to give Pierre-Emerick Aubameyang a new contract of £300,000 a week, we can find the money to pay him £15.6m a year but 55 hard working people have to lose their jobs in a pandemic in order to do so? Does that sit right with everyone? It doesn’t with me."

That characterises the problem really well; this is what the clever explanations so often fail to take into account. It doesn’t matter if these are different types of expenses or if player salaries are rationalised using a different economic formula, the dilemma is in knowing that such a skewed logic exists at all.

And Arsenal have to address this properly. Until they do, it will be very difficult for anyone – fan or otherwise – to buy-in to any new identity being forged by Arteta and his players, or to avoid the realisation that such progress is encircled by a very cynical culture.