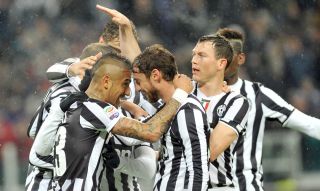 It's Friday, and that can only mean one thing, betting friends. Bet Butler are here with more free tips to aid your fluttering this weekend.

With the FA Cup taking centre stage in England, we focus our attentions on Italy and Spain, as Lazio entertain Juventus and Verona host Roma in Serie A.

While in La Liga, it's ninth up against eighth as Valencia, under the guidance of new coach Juan Pizzi, take on Espanyol at Mestalla.

We'll also give you the lowdown on the sides missing key men and begging to be taken on - featuring Celta Vigo, Parma and Melbourne Victory.

Lazio responded to the appointment of Edy Reja as head coach with their first away win of the season. Repeating that success this weekend will be even more impressive. However, Juventus have won their last 12 games and they’ve scored 3 or more goals in each of their last 5 matches.

As well as Juve’s superb form, Lazio must also contend with a rotten record against the Old Lady in recent years. They’ve picked up just 2 points in their last 10 league meetings whilst scoring only 4 times. Juventus have won their last 7 trips to middle-third teams and the last 2 have both finished 4-1, while they’ve also had 4 wins to nil. Another win looks on the cards for the champions and, while 1.75 looks a great price, it could pay to back them on the European 3-Way Handicap -1.0 at 3.05, or even take the -2.0 line at 6.5.

Given Juventus look like they can score 3 or more goals every weekend right now, over-goals looks an obvious pick. In the past two seasons 6 of Lazio’s 11 home games against top-six finishers featured at least 3 goals, while 5 had 4 or more, and just 1 was goalless at half-time. Furthermore, 12 of Juve’s 14 games to have a first-half goal this season have finished with more than 2 strikes and 1.9 looks a generous price for Over 2.5 Goals.

Fernando Llorente is in great form and has netted in 6 of his last 8 starts in the league, including his last 3 on the road. With the Spaniard restored to the attack alongside Carlos Tevez after the midweek cup exit they should fire Juve to a comfortable win.

Verona have enjoyed a hugely successful campaign on their return to Serie A and they are behind Milan giants Inter only on goal difference. Roma have been having a great season themselves, but having fallen eight points behind Juventus their focus must now be on ensuring a top-three finish.

Verona have been particularly strong at home this term where they’ve won 8 of 10 matches. There remains a question mark over their ability against the best teams as they’ve lost all 5 matches against the teams above them this season. However, just 1 of those was at home and while the sale of Jorginho significantly weakens their midfield they should benefit from Luca Toni’s return after missing the trip to Milan.

Roma have not won in 4 away matches and like Verona their best performances have all come at home. Worryingly for the Wolves they’ve lost half their 18 trips to top-half finishers in the past two seasons while winning just 5 times. They’ve had convincing wins at Inter and Parma earlier this term but those are their only wins in 6 trips to the current top 12 and Verona look worth backing on the Asian Handicap +0.5 at 2.2. This means you win even if Verona draw.

Seven of Verona’s 10 home matches this season have seen 3 or more goals as they’ve displayed plenty of attacking intent. They’ve scored at least 2 goals in 8 of those games but have struggled for clean sheets, with just 3 in total home or away. Roma’s last 6 matches have all featured 3 or more goals and while they had a brief dry spell in front of goal before that they, were missing Francesco Totti at the time.

This season, 7 of Roma’s 10 matches that Totti has started have seen more than 2 goals compared to just 3 of the 10 he’s missed – No Totti No Party as they say at the Stadio Olimpico. Totti is fit this weekend and Over 2.5 Goals is a decent value shot at 1.75.

It might have been a disappointing season for Valencia so far, but with a takeover likely to happen this month they will be hoping to use the window to strengthen the squad. A win here will move them above Espanyol and having claimed the three points in this fixture in each of the last five seasons they should be confident.

Valencia have won 5 of 8 home matches against non-Big Two teams this term and 18 of 25 such home matches since the start of last season. Espanyol, meanwhile have lost 5 of their last 7 away matches and 7 of 11 at top-half non-Big Two teams since the start of last season. Furthermore, 6 of those 7 defeats were after trailing at half-time and Valencia can be backed at 2.2 on the Half-Time/Full-Time market.

Two of Valencia’s three games since Juan Antonio Pizzi took charge have featured fewer than 3 goals and with Espanyol failing to score in 4 of their last 5 away matches we could be in for a low scoring game. Seven of Espanyol’s last 12 matches have witnessed fewer than 2 goals while 7 of their last 11 trips to top-half non-Big Two sides have had no more than a brace of strikes. Under 2.5 Goals looks a fantastic price at 1.95.

Fernandez has missed just 11 of 58 games since the start of last season and without him they’ve lost 8 times while failing to score 6 times. Furthermore, 6 of the last 9 matches he’s missed have seen fewer than 3 goals. Betis have a new manager and you can back them at 1.8 on the Asian Handicap +0.5 to take at least a point.

Parma’s captain is suspended this weekend and his only absence so far this term saw them lose at Genoa. Since 2012/13 the centre-back has missed 10 games and Parma have lost 5 times. In comparison they’ve lost just 31% of matches with him. Udinese are in poor form but the 1.9 on the Asian Handicap +0.5 looks a decent price.

Melbourne are missing their captain and they’ve lost 7 of the 12 matches he’s missed since the start of last season – the same number of defeats as they’ve recorded in the 31 games he’s played. With important defender Adama Traore also suspended its worth noting that Victory have conceded exactly 2 goals per game in the 12 matches at least one of the two has missed since the start of last season. With half those matches seeing 4 or more goals in the game it should pay to take the 1.68 for Over 2.5 Goals.