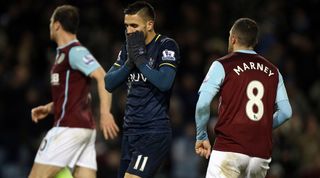 The Serbia international's second-half spot-kick was saved by Tom Heaton on the hour mark, before former Austria U20 man Barnes struck to give Sean Dyche's men a huge three points on home soil.