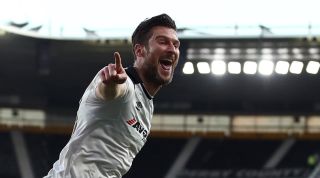 You haveÂ 12 minutesÂ to guessÂ 50 players.

Remember to tweet your scoresÂ @FourFourTwo, and challenge some friends while you're at it.

THEN TRYÂ Quiz! Can you get 25 correct answers in our 'Who Am I?' European Championships quiz?

It's weird for the Championship season to end on a Wednesday, isn't it?

Tonight, the greatest second tier on Earth draws to a close, as Leeds United find out who's joining them in the Premier League out of West Bromwich Albion, Brentford and Fulham.Â

There are other scores to be settled too - such as the relegation battle in which no team is mathematically relegated yet. Wigan Athletic have their own subplot too, as they battle for their survival too, isolated in midtable, but with a points deduction hanging over them.

Today, we're looking back on Championship legends of the past - can you name the top 50 scorers in the league since 2007?

While youâ€™re here, why not subscribe to the mag -Â just ÂŁ9.99 for the first six months, over ÂŁ38 cheaper than buying it in the shops!

LISTÂ The 26 maddest managerial sackings ever in football

GUIDEÂ Premier League live stream best VPN: how to watch every game from anywhere in the world