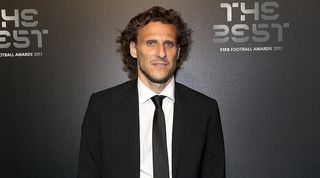 Forlan has been without a club since leaving Indian Super League side Mumbai City in 2016, meaning he hasn't played professionally for over a year.

But he's been lured back to Asian football having agreed a deal with Kitchee, who are making their Asian Champions League debut this season after winning the Hong Kong Premier League in 2016/17.

Forlan's illustrious career has featured spells with Manchester United, Villarreal and Atletico Madrid, while his later years have also taken him to Cerezo Osaka, Penarol and Mumbai.

He retired from the Uruguay national team in 2015 after scoring 36 goals in 115 caps.

Sheffield Wednesday are offering season ticket holders their money back