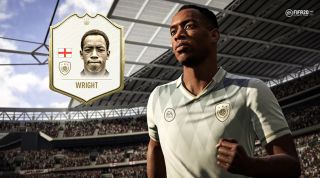 There are some big changes heading for FIFA 20 Ultimate Team when the game releases on September 27. Expect new item designs and refreshed pack animations as always, but there are some major tweaks impacting the rest of the mode this year, too.

There’s a new look to FIFA Ultimate Team this year, with a revamped menu system sporting a more streamlined design. This includes the squad management screen, which features a new style and layout, while players will also benefit from tabs, radials and drop-down bars for quicker menu navigation.

The transfer market is another aspect that has been targeted in the squad screen, and now offers a quicker way to find what you’re looking for. All of these new features are centered around the idea of making the mode more accessible and easier to navigate, and should hopefully prove valuable additions.

Following the popular addition of Objectives in recent years, FUT 20 will be including Season Objectives for the first time. But it’s more than just an add-on – this is a hefty new feature that will incorporate a revamped Objectives Hub and include multiple levels of rewards.

Seasons are expected to last around six to eight weeks, and you’ll be able to progress through the reward system by completing challenges in Daily, Weekly, Season and Dynamic Objectives, earning XP in the process. According to EA, the idea is to make Season Objectives approachable for everyone, and there will be a varied mix of rewards on offer, including players and packs.

There are also going to be Foundation and Milestone rewards in FUT 20, with the former serving as something of a tutorial for new players, and the latter as long-term objectives which aren’t tied to seasons directly.

We’ve only had a taste of the new FIFA 20 Icons heading to the game so far, with a handful of additions announced over the past couple of weeks. These include the likes of Real Madrid manager Zinedine Zidane (who also graces the cover of the FIFA 20 Ultimate Edition), as well as Italian legend Andrea Pirlo. Both are debuting as Icons in FUT 20.

Other names to have been revealed so far include current Netherlands boss Ronald Koeman and former Arsenal star Ian Wright. Didier Drogba is on the list too, and like Zidane and Pirlo, will debut as an Icon after being absent from Ultimate Team for the past couple of years.

There will be a significant focus on club customisation in FUT 20. You’ll be able to earn items such as badges, stadium themes and celebrations for your team, and these will include custom elements, allowing you to get creative when personalising your club.

For example, FFT was shown outlandish footage of a team sporting various bespoke features, including a dabbing unicorn as part of the ‘Tifo’ decoration behind the goal. Yes, you read that right. As you might expect, these rewards will be included as part of Season Objectives too.

And if you just hate the idea of a dabbing unicorn, don’t worry – there will be plenty of customisation options to suit fans of a more authentic approach as well.

FUT 20 will track stats in more detailed fashion when playing friendlies this year. These games will also be prevented from affecting your online FUT 20 records, allowing you to experiment more freely when competing against your friends.

Additionally, if you were a fan of the House Rules feature introduced in FIFA 19’s Kick-Off mode, you’ll be pleased to hear it’s being included in FUT 20 as well. New match types will include King of the Hill and Mystery Ball, with the latter providing random stat boosts to the player in possession.

As an added bonus, all of these new House Rules matches will also be included in the standard Kick-Off mode in FIFA 20. No excuses for your pals, then...

NOSTALGIA Why does Championship Manager 00/01 still hold such a special place in the hearts of so many people?