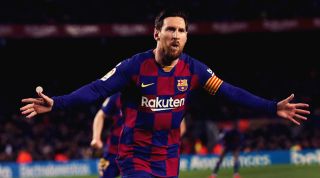 Six minutes on the clock, 20 players to guess - across the Premier League, Ligue 1, Serie A, the Bundesliga and La Liga.

NOW TRY Quiz! Can you name the top 20 all-time English scorers in the Premier League?

There will be a number of teams that hope the season hasn't already ended - the same goes for the players, though.

Goalscorers hate when they get hauled off after scoring a brace, so imagine how these lads will feel about the season ending before they can get their hands on the Golden Shoe award.

Across Europe's top five leagues - that's England, France, Germany, Italy and Spain - there have been some prolific goalscorers this season. We want you to name them.

If the season has already ended - who's in the running to be king of this year's net botherers?