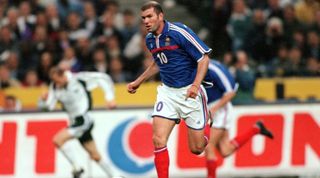 They dissect the magazine’s list of the best 101 players from the past twenty five years and look at some of the reader’s suggestions for the worst.

Both Barney and Chris pick their favourites from list – including Zinedine Zidane and Henrik Larsson – as well as discussing who missed out.

Chelsea fan Barney reflects upon their victory in Europe and Chris questions whether it has actually been a successful season for the blues.

In other European matters, we look ahead to the Champions League Final and James wonders how David Batty would be viewed if he were Italian?