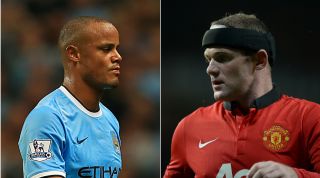 The first Manchester Derby of the city’s new managerial era.

Although the Premier League has yet to splutter fully back into life, the big games still come thick and fast. The reality is that – like the Liverpool vs Manchester United and Arsenal vs Tottenham matches of three weeks ago – this one has probably come a little too early in the season to really set pulses racing.

Yet that doesn’t mean the outcome of this fixture will be any less significant come the end of the season, with both City and United sure to be involved in the title ‘shake-up’, despite one or two early wobbles under their new managers.

Both David Moyes and Manuel Pellegrini will have been encouraged by their respective teams' midweek Champions League performances, having both dropped points in two of their first four league outings.

The pressure will be on the Chilean come Sunday afternoon, though. Last season’s equivalent fixture brought a defeat that was perhaps the most costly of Roberto Mancini’s reign.

City's biggest concern will be David Silva, hoping to return from the thigh injury which has ruled him out of his club's previous two fixtures. They will at least welcome back skipper Vincent Kompany for his first league appearance since the opening weekend victory over Newcastle. Micah Richards and Martin Demichelis remain out.

Manchester United have defensive concerns of their own, with Rafael still sidelined with a hamstring injury and Phil Jones rated doubtful with an ankle knock. Shinji Kagawa should return to the league fold, having played 71 minutes against Leverkusen in midweek.

The England forward has seemingly put the summer’s uncertainty behind him and is once again playing with the kind of aggression and determination that made him a key figure for United in the first place. The goals are, of course, starting to flow, but last weekend’s performance against Crystal Palace also showed his willingness to find spaces and create chances for his team-mates.

David Moyes and Manuel Pellegrini previously crossed swords in what was one of the more frustrating episodes of the Scot’s tenure at Everton. The Toffees faced Pellegrini’s Villarreal in the Champions League play-off stage of 2005/06, and were beaten 4-2 on aggregate in somewhat controversial circumstances. Trailing 2-1 from the home leg, they thought they'd levelled late on in the second leg through cult hero Duncan Ferguson, only to see his header disallowed.

A little more life than we’ve seen in the season’s previous showpiece clashes, but still a tight game. 1-1.