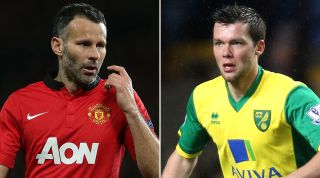 "Manchester United announces that David Moyes has left the club. The club would like to place on record its thanks for the hard work, honesty and integrity he brought to the role." And with those words, condensed into two tweets, the David Moyes era at Manchester United was consigned to the history books.

It's been nothing short of a disastrous campaign for the Red Devils. After defeat against Bayern Munich ended any chances of a trophy in Moyes' first – and only – season, a spineless 2-0 deconstruction at Everton last weekend also hammered the final nail into the coffin for United's hopes for a top-four finish.

Clearly the clueless, dishevelled performance at Goodison Park was too much for the United bigwigs to take. That night, in a conference call involving the Glazers, David Gill, Ed Woodward and Sir Alex Ferguson, the decision was taken to sack Moyes.

Moyes spent 11 years at Everton but he barely lasted 11 months at Old Trafford. History will not look too kindly on his time at United.

His appointment was always seen as part of a long-term project but ultimately the Scot failed to keep the plates spinning long enough to survive the first year. An inability to win over the dressing room led to declining performances and a run of 10 defeats in 22 games in 2014, despite two transfer windows in which to tweak the squad as he wished, saw even Ferguson, Moyes's greatest pillar of support, eventually fold his hand.

The search for a new manager begins, but in the meantime Ryan Giggs takes charge for the final four games of the season. Giggs has spent his entire career at Old Trafford, and in a sense it does somehow seem fitting that, in what is likely to be his final season as a player, he was asked to take the wheel and steer the club through this period of uncertainty. Giggs became the first British man to complete his UEFA Pro License coaching badge during his playing days and it will be interesting to see what influence he has on the team's style in United's final four, effectively meaningless, matches.

Giggs will meet a man with two extra games' worth of top-level managerial experience come Saturday. Neil Adams was appointed first-team manager at Norwich just over a fortnight ago, and having lost 1-0 at Fulham and 3-2 against Liverpool last weekend he now takes his Canaries to Old Trafford desperate for points. Norwich play Chelsea away and Arsenal at home in their final two games, and with just a two-point gap separating them from the relegation zone the Canaries need points somewhere, somehow.

A knee injury means Robin van Persie remains nowhere to be seen for United, while Rafael is also out and Patrice Evra doubtful. For Norwich, Joseph Yobo (calf) is Adams' only injury concern.

Who else but the only player to score a goal in every Premier League season except this one? While Moyes preferred to keep Giggs at arm's length, offering United's No.11 only 81 minutes of Premier League action since the turn of the year, no one can stop Giggs from playing himself now can they?

If this is to be Giggs's final month as a professional footballer he might fancy playing as much as he can – especially with the opportunity to extend his scoring record another season. On the other hand, the Welshman may fancy putting his feet up and trying out this whole manager malarkey for size, studiously sitting in the hot seat and edging out the kinks made by Moyes' old arse groove. If Giggs does select himself, what chance he yields to the temptation of appointing himself United's penalty taker too?

Adams spent six years at Norwich as a player, making 206 appearances before moving into the club's youth coaching setup and guiding the young Canaries to their first FA Youth Cup triumph in 30 years. For the first time in his short-lived career he heads into the game as the managerial veteran, a whopping two whole games under his belt. All eyes will be on the dugout as his opponent Giggs assumes the position for the first time.

A goalfest awaits as Giggs attempts to inject new life into a drab home campaign that sees United in 11th for home form. 3-2 United.