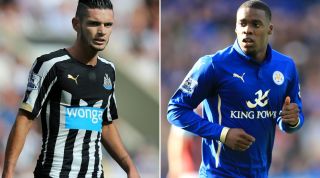 Somewhere in Darsley Park training ground is a man, presumably behind a locked door, in despair. That man is a broken Alan Pardew, who is desperately trying to ease Newcastle’s sorry malaise for his own mental well-being.

It’s long been known that things are bad for the former West Ham chief at St James’ Park. Forced to parp along to Mike Ashley’s tune, and with supporter opinion polls (levels of disgruntled shouting, basically) at an all-time low (or high, in this case), Pardew is in an uncomfortable state of limbo waiting to be put out of his misery.

So far that hasn’t happened – or even looked like it, for that matter. He won’t walk two years into his ludicrous eight-year contract, while Ashley, apparently only mildly concerned, seems happy to continue making money via the club’s buy low, sell high policy.

And so to this crucial home clash: Newcastle’s first for almost a month. The Magpies are winless in their first seven this season, but that’s only the beginning of it.

The fixture list doesn’t make for particularly great reading either: up next are Tottenham, Manchester City (League Cup) and Liverpool. Must win, indeed.

Leicester probably could have done with the international week themselves. After surprising all with a plucky start against tough opposition, the Foxes fluffed their lines against Crystal Palace and then dropped two points at home to Burnley after conceding a late, late equaliser to the struggling Clarets.

There’s no cause for panic in the East Midlands, of course, but boss Nigel Pearson will be keen for a vastly improved display on Tyneside upon his return to the club he assisted (and caretakered for) from 2006-08. Their effective counter-attacking should suit this game against a home side desperate for victory.

Leicester haven’t beaten Newcastle in eight attempts, claiming their most recent victory in April 2000 thanks to goals from Tony Cottee and Robbie Savage.

Tim Krul was forced out of international duty with an elbow injury, but Newcastle say they are "confident" the Dutchman will be fit for the weekend. Daryl Janmaat (hamstring) and Paul Dummett (muscular) will be hoping to shrug off niggles in time, but Davide Santon (knee), Rolando Aarons (hamstring) and Siem de Jong (thigh) are definitely sidelined again.

On a more positive note, Ryan Taylor is in contention for his first Premier League start since March 2012.

Leicester don't have such injury concerns, with no fresh problems for Pearson to contend with. Esteban Cambiasso, Matty James and Nick Powell featured in a friendly victory against Aston Villa last week, and all will be in contention for the trip to St James’ Park.

Mahrez has been a victim of Pearson’s tactical flexibility this season, dropping out of the starting XI when the Foxes roll out three in midfield, but the Algerian is a staple of Leicester’s favoured 4-4-2 and integral to their fast-paced counter-attacking.

Against Burnley he was their brightest player, unafraid to take players on and test the goalkeeper. Indeed, he grabbed the assist for Jeff Schlupp’s opener and netted the Foxes’ second on the stroke of half-time before the team faded after the break. There was another goal-assist display for Algeria in midweek as the Desert Foxes qualified for next year's Africa Cup of Nations with a 3-0 win over Malawi.

Whichever the opponent, the 23-year-old’s approach is always the same: break from deep and attack directly. It might not always pay off, but his pace and trickery is enough to frighten even the Premier League’s best.

If there’s one positive for Pardew, Newcastle’s last outing at Swansea saw them twice fight back from a goal down to claim a point. It’s character like that the manager needs more of from his charges.

"This club needs big players because we are a big scalp for any team," he said. "Forget where we are in the league. We need big players and our big players need to stand up. We also need to create more big players and that's what we are trying to do." Big.

Leicester boss Pearson took charge of Newcastle for three matches after the respective departures of Glenn Roeder and Sam Allardyce, one of which was a 6-0 humbling at Manchester United in January 2008.

The two managers have only ever faced one another once: in April 2008 when Pardew’s Charlton drew 1-1 with Pearson’s Southampton. That season the Saints stayed up at Leicester’s expense, before the club’s disastrous Dutch experiment eventually led to Pardew’s arrival at St Mary’s for the 2009/10 campaign.

Newcastle have been unpredictable in the sense you don’t know whether they’ll draw or lose. The Foxes will be dangerous on the break but flimsy at the back, so expect action at both ends. But balls to it: 1-2.