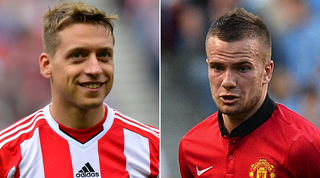 Two managers with a point to prove, for different reasons.

Make yourself an early evening cup of tea and set your crisis-o-meters to 'uh-oh' – it's 12th-placed Manchester United (what is this, 1987?) against bottom-of-the-league Sunderland (what is this, 2006?).

David Moyes has made a stuttering start to his career as United boss, but the Scot is "still learning about his players", as he keeps repeating, so like a child learning to ice-skate for the first time we watch and wait to see if he gradually gains balance and glides off gracefully or falls flat on his face.

The champions were desperate in their last two league games, against Manchester City (4-1) and West Bromwich Albion (1-2), but offered crumbs of encouragement by grinding out cup results, winning 1-0 against rivals Liverpool and emerging from the Donbass Arena with a credible 1-1 draw at Shakhtar Donetsk in the Champions League. For Moyes to avoid more critisicm this is a game he must win.

Meanwhile at Sunderland, Paolo Di Canio may have managed to rally his troops sufficiently to just about avoid relegation last season, but the simple fact is that with 18 points from their last 25 league games, the Black Cats are only heading one way if things don't pick up soon.

Kevin Ball came in for the Liverpool game after guiding Sunderland past Peterborough in the Capital One Cup, and while he patted a few backs and made some very un-Di Canio-like remarks (friendly, jovial, generally non-threatening), his team still lost 3-1, leaving Sunderland with a solitary point at Southampton to show for their efforts this season.

Saturday's opponents are in a period of transition™, while two of their best players are lacking match fitness. This could be the time for the Black Cats to pounce.

Steven Fletcher, Wes Brown and Andrea Dossena miss out for Sunderland, but otherwise Ball has no new injuries to worry about.

Moyes has a near fully fit squad to choose from after confirming that Wayne Rooney (shin) will be fit for Saturday. Rio Ferdinand's time as a United player could be drawing to a close if Moyes' pre-Shakhtar press conference comments are anything to be believed, so while his groin injury looks likely to heal before Saturday it appears that one of Jonny Evans, Chris Smalling or Phil Jones will partner Nemanja Vidic. That's provided Moyes doesn't opt for full-scale rotation, as he has in recent games, and drop Vidic entirely.

Manchester United fans have been clamouring for a shiny new central midfielder for some time, and when that long-held dream looked like being realised during the summer it seemed Cleverley would be the man to make way. Defeat to Liverpool meant he was dropped for the following game against Crystal Palace, and as £27.5 million man Marouane Fellaini came off the bench to replace Anderson the signs looked ominous for the young midfielder as he sat twiddling his thumbs from the sidelines for the duration of a 2-0 win.

Fellaini's ponderous displays since signing, however, have done little to impress, and in the meantime Cleverley has begun to play with renewed purpose. It was only after his introduction at Eastlands that United began to exert any control: he completed more passes in 40 minutes than any City player over the full 90, and more attacking-third passes than anyone on the pitch as United grabbed a lion's share of possession.

Cleverley missed the West Brom game through injury (another defeat) but was restored to the side in Donetsk, where he completed 86% of his passes in a sturdy performance. A common theme is slowly emerging. If, as expected, Moyes is handed money to spend come January, there should be extra urgency in Cleverley's game knowing these next few months could be his last to really impress the new manager.

Moyes and Ball may sound like the name of a barrel-scraping 1980s American police detective sitcom on Paramount but, alas, it isn't.

The two men have met once before, during Ball's last caretaker stint in 2006 when Moyes was at Everton. Sunderland went into the game in 20th while Everton were mid-table, drawing a neat parallel with this weekend. Moyes' side twice threw away the lead before it ended 2-2.

United will play it conservatively as they have done in most games under Moyes, but a win is essential to relieve some pressure so at some point he'll be forced to go for it. 1-2.

ALSO ONLINE How Sunderland have to fix Di Canio's failings