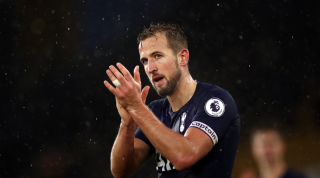 With actual news in very short supply, Harry Kane probably should have stepped more lightly than he did in conversation with Jamie Redknapp. Kane didn’t say anything remotely controversial, but his ‘maybe, maybe not’ response to questions about whether he’ll finish his career at Tottenham invited all sorts of wilful misinterpretation.

Reliably, within 24 hours the discussion had mutated from a fairly gentle enquiry about the forward’s future intentions, into – late on Monday night – Chris Sutton insisting that he must leave Spurs immediately and join Liverpool.

The more things change, the more they stay the same. Kane has never made any secret of his ambition and, logically, if his club were to continue on their current, post-Mauricio Pochettino trajectory, then he would be entitled to question whether that was really the best use of his prime years.

That’s especially true given the wear and tear he’s beginning to suffer. Kane’s contract is heavily incentivised and the club have consistently failed to provide adequate back-up in his position. The combination of those two factors has – seemingly – exerted undue stress on his body and raised concerns over his long-term durability.

A few years ago, Daniel Levy could have set an asking price of £150m for Kane and expected to receive exactly that. Now, soon to turn 27 and with semi-serious injury an annual tradition, any buyers in the market who do have those resources would likely look elsewhere. It would still be premature to announce this as Kane’s new normal, that surely requires an expert medical opinion, but there are legitimate concerns.

That issue aside, Tottenham fans might consider Kane’s stance a blessing. In an ideal world, the team would be performing to its full capabilities, the squad would be properly equipped, and everyone would be completely satisfied. But while that’s not the case, it’s incredibly important for a voice like his to be heard during these periods of under-performance.

Kane’s situation is unusual. Most players do not have an emotional bond with a club. As a fan, he does – and because of that personal history his preference would presumably be to stay. The threat of him leaving remains as real as ever, he obviously isn't still in thrall to the posters on his childhood bedroom wall, but his departure would always be reluctant. It's something he would probably prefer not to have to do.

That has two implications. Firstly, unlike many of his peers, he would want to be convinced that he can have a future at his current club. Handing in a transfer request or demanding a move in any other way would be an ugly end to what has largely, up to this point, been the kind of fairytale which modern football rarely allows. It’s to be avoided if possible.

Secondly, his relationship with the fans give him a particular license to verbalise his issues. As the Danny Rose incident(s) proved, speaking out publicly against a club rarely works in a player’s favour. Generally, it’s something that a reputation never fully recovers from. With someone like Kane, however, who has a supporter’s legitimacy alongside his playing worth and England captaincy, the dynamic would always be very different.

He has to be listened to and, quite obviously, in some way he will need to be appeased.

Because what’s the alternative: sell Harry Kane? With no contract pressure working against him, that’s the one sale that Daniel Levy couldn’t afford to sanction. If he were to, it would be the second paragraph of his professional obituary, with the club’s infrastructural growth and financial development relegated well beneath the fold. Supporters want heroes and icons. They like stadiums and prosperity, but buildings and bottom lines never won any hearts.

Therein lies the advantage of this situation. Hearing that a star player is considering his future is always unsettling and this is really no different. Kane remains crucial and his departure would be a disaster. But he and the fans are really seeking the same assurances and so for as long as his mild discontent remains audible, that collective unease will have an extremely authoritative voice.