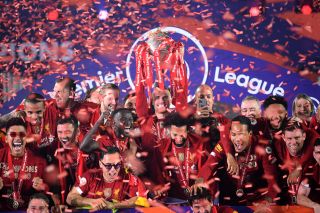 A 97-point haul in 2018/19 – then the third-highest in Premier League history – was excellence for Liverpool. Somehow, however, they bettered in 2019/20, ending their 30-year wait for the title by racking up 99 points. To continue such sparkling form over three seasons is extremely difficult, as Manchester City demonstrated last term – but that is the challenge ahead for Jurgen Klopp & Co.

Thankfully for the grinning tactician, his Liverpool side have repeatedly shown the will to go one better. They followed up their 2018 Champions League Final defeat by lifting Ol’ Big Ears 12 months later, then scooped the Premier League title last time out with a record seven games to spare, after their one-point near-miss the season prior.

Many former Reds have spoken about the way that legendary coach Ronnie Moran would remind his title-winning players of the “four weeks until pre-season” immediately after their final game of the campaign. “Remember, big heads,” he would tell them, “it’s done now – we need to win it again.” But Klopp will need no such reminder, having claimed back-to-back Bundesliga crowns with Borussia Dortmund in 2011 and 2012. He knows what it takes.

Liverpool haven’t retained the title since 1984 and they will be desperate to do so in front of their own supporters this time, after the relative anticlimax of claiming their first league title for three decades in an empty stadium. Winning 27 of their first 29 league games, though, meant Liverpool actually would have won the league even if they hadn’t claimed a single point after lockdown. “The main difference between us and other teams this season was consistency,” said a beaming Klopp. “My boys were resilient.”

Helpfully, his side will benefit from having enjoyed a proper break this summer, in contrast with their main rivals, Manchester City, who have fulfilled Champions League commitments through August. Liverpool’s players had a much longer period in which to recharge, both mentally and physically.

Adding depth beyond Liverpool’s starting XI will be hard to achieve. As ever, the risks of injury remain for their key attacking trident of Mohamed Salah, Sadio Mané and Roberto Firmino, who combined for 54 per cent of Liverpool’s league goals last term. If the Reds have to convince any would-be prospects to rival the established order, however, at least joining Klopp’s latest crusade will be more enticing than ever.