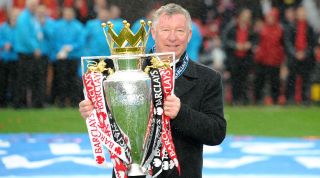 Ten minutes on the clock, 25 clubs to guess - we've listed the number of titles they have according to Wikipedia, so if it seems a little low, it's because the league rebranded.

NOW TRY Quiz! Can you name the last XI every Premier League side put out?

The beautiful game began in the UK, but we took it to the world.

It was in the late 19th and early 20th Century that Brits travelled to the corners of the globe, teaching the confused locals about how to kick a ball. They went to South America, the depths of Europe too, and eventually, the sport grew and conquered every continent on Earth.

There are stories of how Italians, Hungarians and Argentinians all played football because a mad Englishman set up a sports club in their town - just look what the game's become.

We've listed the top 25 top tiers on Earth according to revenue. Can you name the most successful club in each country?

MANCHESTER UNITED Glory, glory Marcus Rashford: Why the 2020s are going to belong to the Manchester United forward