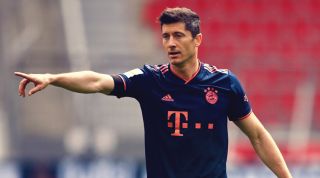 You have three minutes to guess 20 players.

THEN TRY Quiz! Can you name WhoScored's top 50 players of the season in Europe?

Europe's top five leagues are all officially over. Well, Ligue 1's been done for months, but the others have now caught up.

We've seen plenty of goals, mainly from the usual suspects, but the Premier League Golden Boot did at least go to someone who hadn't won it before. The same can't be said for La Liga or the Bundesliga.

With only weeks until next season, these gunmen are raring to go for another campaign, but our question to you is who managed to top the goalscoring charts across Europe's top five leagues in the past year.

Obviously Ligue 1 players are a slight disadvantage. It didn't stop the Bundesliga lads who play four fewer games across the season, though...

MANCHESTER CITY Why Nathan Ake actually is worth £40m