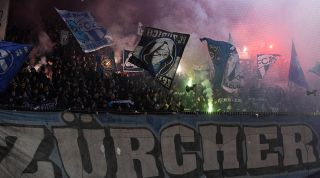 You don’t choose which football team to support. It chooses you. It's often the result of your place of birth or family allegiance, and an intrinsic part of who you are. That’s why supporting more than one team is anathema to so many people. But what do you do if that identity gives you more than one choice?

Such ambiguity is particularly problematic at the national level, where the dilemma faced by dual-nationals often goes unappreciated. Declan Rice was criticised for his decision to switch from representing the Republic of Ireland to England. Many couldn’t understand how he struggled over what was, to them, an easy call. I felt sympathy for Rice – not just because I hold the same two nationalities, but also as someone with many mixed allegiances in football owing to my unusual upbringing.

Consequently, I think it’s not only perfectly possible but also absolutely fine to support more than one team.

While I was born in England, my family history is Irish and my earliest footballing memory was Ireland’s World Cup 2002 group-stage match against Germany. Watching it in an Irish bar, Robbie Keane’s last-minute equaliser introduced me to the joy that football can bring. Having caught the bug, I went to my first live shortly after.

Since I was born in Grimsby, that was a Division One game between Grimsby Town and Oldham Athletic at Blundell Park.

Moving in the modern world

And then we moved to the Netherlands, where I wasn’t able to go to any more Grimsby games or compensate by watching them on television. Keeping track of their scores was a way of staying connected, but my bonds of support had been significantly severed. But thanks to the globalisation of the Premier League, I was able to watch my dad’s team, Tottenham – and ultimately became a fan of them myself.

Some may see supporting more than one team as hedging your bets, but this Grimsby and Spurs combination often only compounded my misery. The first time I could get to White Hart Lane was when Tottenham were bottom of the table, having taken just two points from eight games. Naturally, the only other side in the Football League to have made as bad a start to that season was Grimsby Town.

Liverpool or Man City? How a Man United fan decides the worst question of all

After five years in the Netherlands, we moved to Switzerland, two years before they co-hosted the 2008 UEFA European Championship. England’s failure to qualify was especially painful for us expats, who were looking forward to finally seeing some of our heroes in the flesh. Nevertheless, shortly after moving there, we did get to see some England players when Liverpool played a pre-season friendly against Grasshopper Club Zürich.

We went for the possibility of pitch-side pictures with Steven Gerrard and Peter Crouch, but stayed for Grasshopper’s passionate supporters and historic home stadium, the Hardturm. Soon we had season tickets there, and I had my first taste of regularly going to football; an affinity for the club I'd began to love as a true match-going fan.

As a result of these experiences, I find myself supporting a total of seven teams these days: three at club level and four internationally. While seemingly impossible on the surface, to me there’s nothing contradictory about it at all. It’s partly through my support for these teams that I’ve been able to make sense of, maintain and express the disparate parts of my identity.

Nobody should arbitrarily collect teams like trading cards, but supporting more than one can give you a greater appreciation for the sport’s universality. And, most importantly, more teams means more reasons to watch more football.

For that reason alone, having more than one team isn’t just absolutely fine… it’s bloody brilliant.

FEATURE Derby County's shocking 2007/08 revisited: the Premier League's worst ever season, told by those who were there